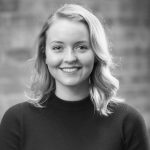 Edelman’s 2018 Trust Barometer has revealed that the general public trusts journalism more than social media when it comes to general news and information.

It appears that fake news, Collins’ word of 2017 which saw a 365% increase in usage, is negatively impacting social media platforms’ reputation with the public.

In the research, 21 out of 28 countries, including the UK, trust news and information garnered from journalism more than they trusted social media.

The findings reveal that less than a quarter of the UK population (24 per cent) trust social media and the majority of the general public back tougher regulations for social networks. This is reportedly due to a sense of inaction around important issues such as extremist content, fake news and cyberbullying.

Over half of the UK population (53 per cent) worry about fake news on social media and 64 per cent cannot tell the difference between proper journalism and fake news.

In recent times, social media giants such as Facebook and Twitter have come under criticism from MPs over the way they deal with offensive or extreme content and have been threatened with penalties if they don’t tighten up controls.

The lowering trust levels in social media have helped public support in publishers and broadcasters bounce back to levels last seen in 2012.

Despite this, overall trust in media is only at 32 per cent while a third of the population said they consume less news than they used to and one in five said they avoid the news completely.

It’s important that businesses take these findings into account for their own communications. The research reinforces the role of traditional media and shows why it cannot be replaced by social media or removed completely from your communications strategies in 2018.

While trust has fallen in social media, 65% of people still receive news through online platforms meaning it can’t be neglected either, highlighting the need for an integrated approach to your businesses’ communications.

If you’re concerned about people’s trust in your online communications, ensure you don’t create or share fake news on your accounts. Always consider the source of your content, read beyond the headline, check out the author, the date of the article, ensure it’s not a satirical piece and look for sources which support the article. The infographic below by the International Federation of Library Associations and Institutions is a useful guide. 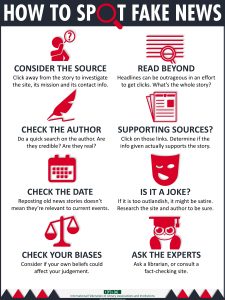