The Epic Journey to The 148th Open

We proposed, managed and delivered ‘The Epic Journey to The 148th Open’ across eight locations over a four month period. The initiative engaged local communications including over 1,000 people across schools, sport clubs, local sporting icons, tourism industry and organisations, as it rolled into a central location across a full range of geographical locations. It incorporated huge #TheOpen letters, competitions, user-generated content with many photo opportunities, bolstered by radio partnerships. There was a dedicated national PR campaign for each stop of the tour, from broadcast interviews, pre-communications, videography and photography, as well as a combined focused PR campaign to reinforce the legacy of the 600-mile journey as it came to a close.

Over 150 pieces of coverage with 100% including destination messaging. All major broadcast stations were engaged across Northern Ireland and Republic of Ireland such as BBC, UTV, Cool FM, Downtown Radio, RTÉ, Newstalk, Today FM, FM104 and Q102. It engaged all local councils, as well as driving widespread social media content and user-generated content. The Open 2019 was the quickest selling on record with sell-out on Championship Days for the first time in history, delivering more than £100million of economic benefit to Northern Ireland. 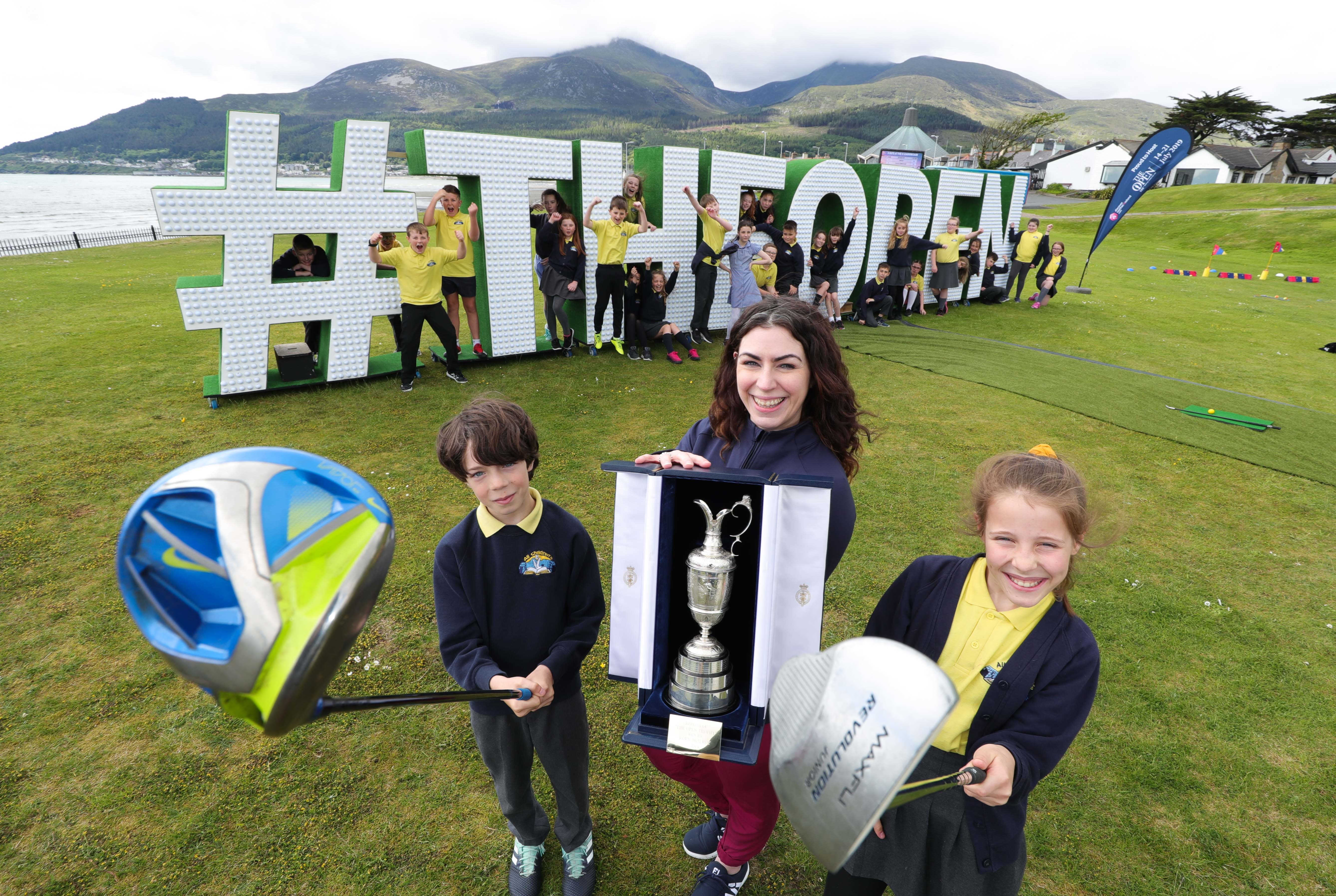