Making a Splash Online for Bassetts

Jago was enlisted to deliver a stand-out digital campaign for one of Northern Ireland’s leading bathroom companies, Bassetts. The challenge was to deliver a highly engaging digital media strategy that worked with potential customers in need of upgrading their bathroom using creative, shareable and visual content on owned, earned and shared digital media.

Working with Bassetts' marketing manager, we created a social media competition to find ‘Northern Ireland’s Nightmare Bathrooms’, offering a dream bathroom from Bassetts as the prize.

We pitched clickable content to online media and used paid promotion on social media to target those with interests relevant to Bassetts’ offerings to secure entries and votes.

For Bassetts’ owned channels, we created a hub for the competition on its website which hosted SEO-optimised blogs, creative infographics and video content including a Facebook Live ‘behind the scenes’ teaser video.

Top Northern Ireland influencers were also incorporated into the strategy to allow Bassetts to tap into their huge, engaged following.

The digital campaign generated an overall reach of over 8.3 million with over 6,000 people getting actively involved in the competition online. Bassetts’ Facebook Likes grew by 40% and Twitter followers by 20% over a 2 month period, helped by 70,000 video views, 200,000 impressions and by four top Northern Ireland influencers sharing content. There was a 160% increase in traffic to the website from social media, with overall traffic up 15% and 30 pieces of media coverage were secured. 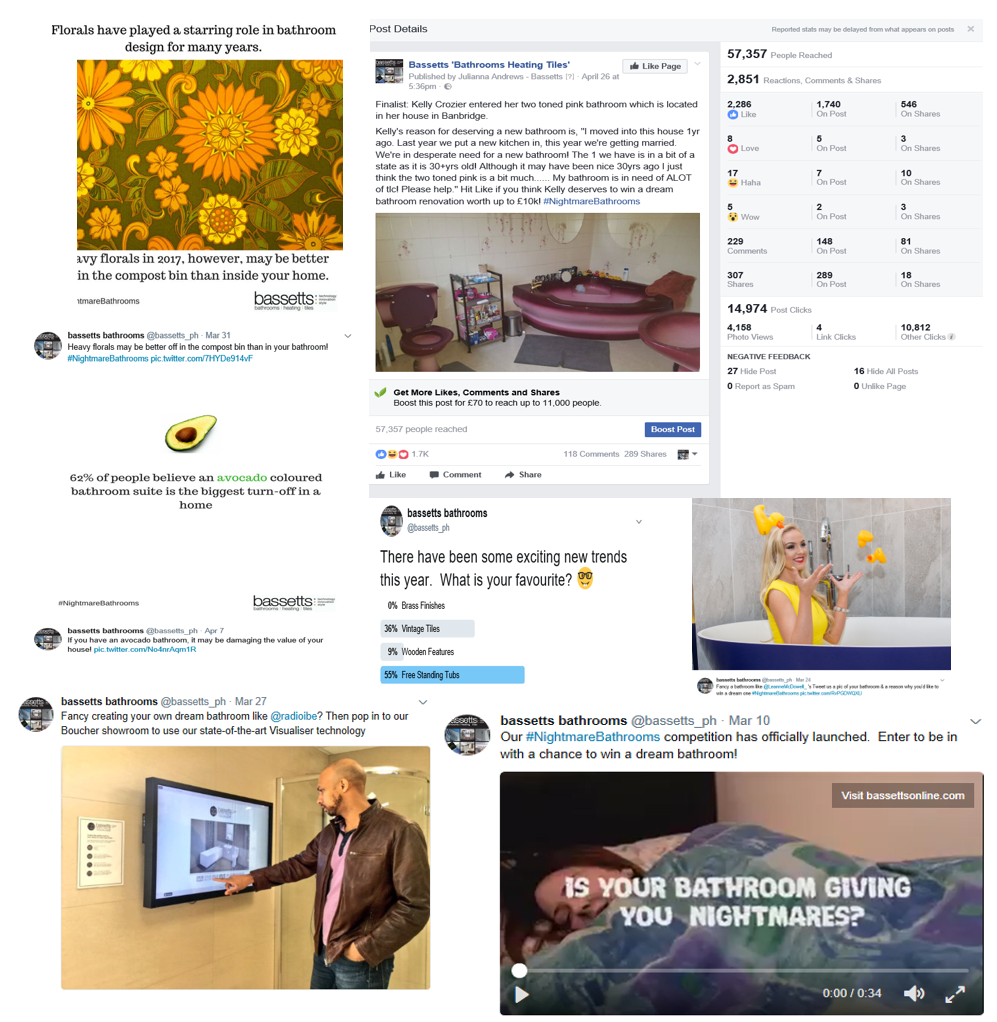